Request for volunteers in an Urban Pollinator Research Project. 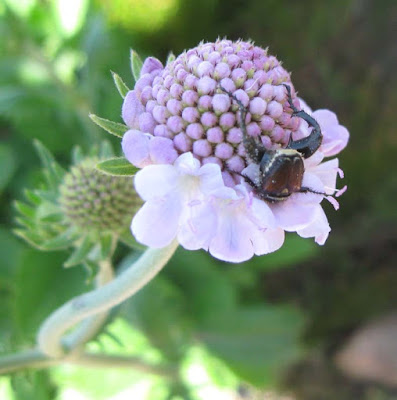 PhD candidate, Peta Blom, is recruiting volunteers to make observations of beetles in gardens in Meadowridge. She is gathering data on all flower-visiting beetles, but she is particularly interested in monkey beetles, which are an important family of pollinators with rich diversity in the Cape Floristic Region. Recently she trapped some really interesting monkey beetles in Molinera Way, Meadowridge (you might have seen her blue, yellow and white dishes hiding in the grass when you took your dog out). Peta wants to know which beetles are using gardens (why) and how far they are travelling from where I trapped them. The data you collect will be used in her Ph.D. and she hopes to be able to provide insight into landscaping and urban design for diversity.

"The United Nations have declared Cape Town as the most biodiverse city in the world. Normally this is described in terms of the amazing flora in our region, but it is also diverse in other creatures including, mammals and insects. The Western Cape has the highest diversity of monkey beetles in the world and many of our most prized flower species (in particular the Iridaceae) have co-evolved alongside the rich monkey beetle diversity and rely on them for seed production. This project seeks to understand to what extent private gardens are  providing habitat and foraging ground for monkey beetles – particularly those gardens around fragments of natural vegetation as can be found on Meadowridge Common. The beetles are in the adult stage of their lifecycle in spring and climb into flowers to find and compete for a mate. The project will conduct observations over two spring seasons in 2018 and 2019, with the pilot starting in October 2018. I am calling for volunteers in Meadowridge to participate in making weekly observations of the flowers in their gardens over a period of 6-8 weeks during spring. Each observation should take about 15 min and will include documenting the beetles in flowers in a 16 m2 area in the garden along with variables such as the weather conditions of the day and garden orientation. This study is the first truly urban study of monkey beetle populations to be conducted anywhere in the world."
To sign up, or just to find out more, please write to Peta Brom at brompeta@gmail.com. 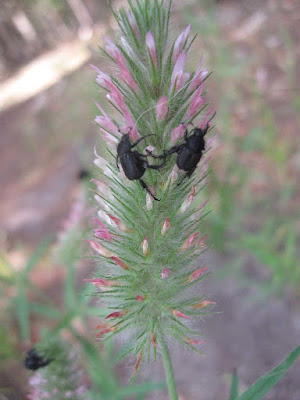