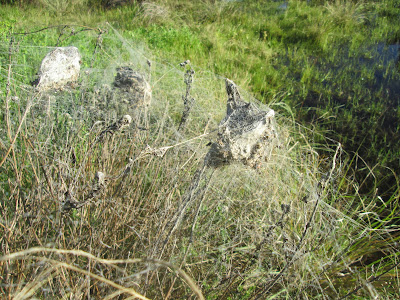 Adult spiders of most species are solitary and devote the greater part of their lives to catching prey, which can include prospective mates. Should the opportunity arise, they tend to eat mates, brothers, sisters, parents and young, leaving a single, fat, well-fed individual!
Not all spiders are anti-social, though. Community nest spiders, in the genus Stegodyphus, such as Stegodyphus dumicola, are our only truly social spiders in South Africa. They live in communities, co-operating in prey capture and brood care. When a large insect lands in the web, it invites a heaving scrum of spiders, which eventually overpowers most insects. The nest - consisting of strong, hard, cardboard-like silk - starts off small but is enlarged as the colony grows. It has numerous holes and passageways. Large colonies can cover an entire tree in silk.
For more info about the fascinating world of spiders, go to www.spiderclub.co.za, or buy Astri and John Leroy's book: Spiders of Southern Africa. To download a poster about the spiders on Meadowridge Common, click here.
Text: Helen Duigan and Astri Leroy 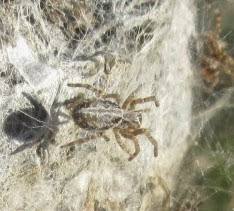 According to Astri Leroy, having this colony on the Common is really lucky as it is difficult to find them anywhere on the Cape Peninsula because Argentine ants are thought to have more or less wiped them out in greater Cape Town. 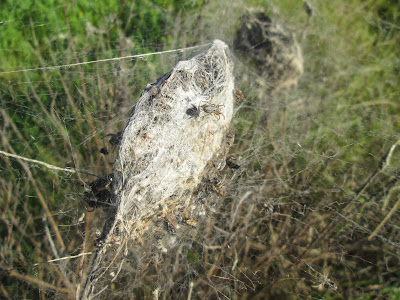 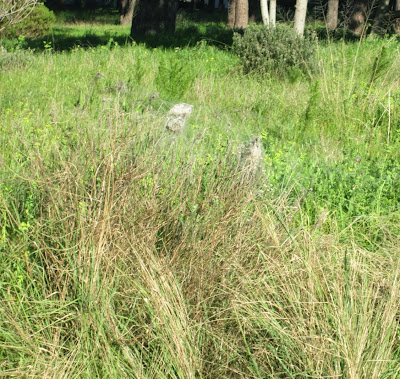