Spring walks on the Common 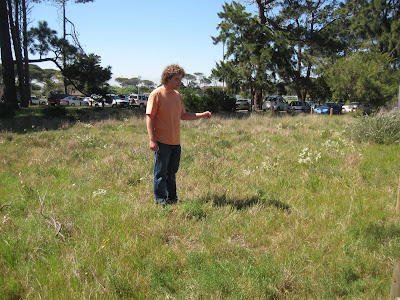 Stuart Hall holding up the metre-long leaf of Moraea fugax. 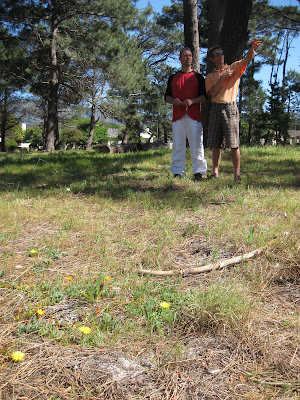 Roger Graham (right) - the Chairman of the Friends of Meadowridge Common. 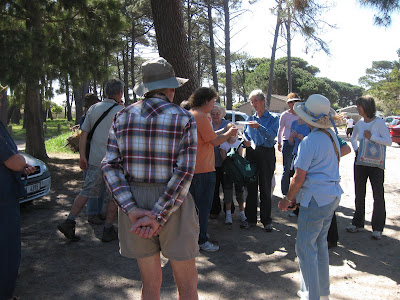 Fiona Watson handing over a CD of her description of the species that occur on Meadowridge Common to Stuart Hall at the end of the walk. 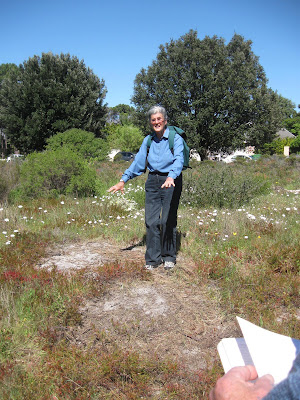 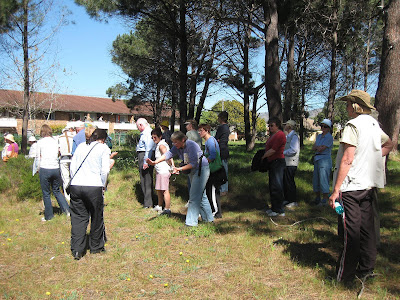 "Don't stand on the Lampranthus reptans!"

The Friends of the Meadowridge Common hosted two spring walks on the Common recently. Stuart Hall, a botanist studying at UCT, led the first walk on Saturday 11 September and Olwen Gibson the second one on 18 September.
Meadowridge Common, a remnant of critically endangered lowlands fynbos, has been included in the booklet City of Cape Town Nature Reserves, a network of amazing urban biodiversity, and indeed, over 140 species of indigenous flowering plants have been identified by Fiona Watson on this small 7 ha open space - four of them in danger of extinction.
Flowers that were seen included Oxalis species and Lampranthus reptans flowers as well as species of Romulea in red, mauve and orange. Dainty white trachyandras that were just opening as were the sky-blue Heliophila africana. White botterblom (Sparaxis bulbifera) and yellow Senecio littoreus were also flowering, as was Pelargonium triste. The walks were well attended, with over 50 arriving for the first walk, and just less than half that for the second walk. 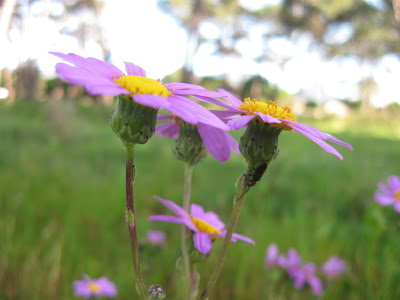